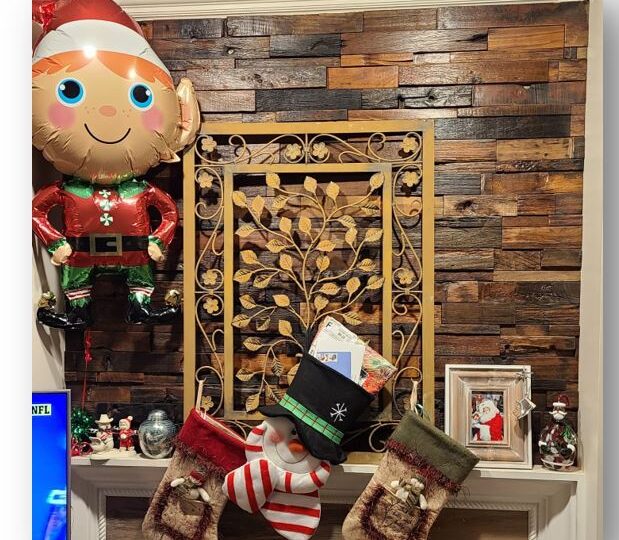 About a week before Christmas Albert and I stood outside the barn Sonny Acres Farm for 45 minutes waiting to see Santa. We were surrounded by families with kids younger than Tek, older than Tek and a few that looked to be about the age he should be. It felt silly for us to stand in this long line just the two of us with a Walgreens photo center envelope that had a picture of our little boy inside. Many times in the 45 minutes I debated if this was right or if we should just leave. I kept going back to the thought of all the regret and guilt I have from when Tek was alive which kept me in line. If I didn’t do this now I would regret it in the years to come.  I felt the need to get this picture taken sooner rather than later.

Finally it was our turn, the barn door opened and we were welcomed in. The lady helping Santa asked if she can take our coats – I shook my head and said as I took the picture of Tek out of the envelope “I want to get a picture of our son with Santa”. Immediately she engulfed me in a hug so tight I felt like I knew her. I started to cry those gut wrenching tears as she held me. She said we can take as much time as we needed and said “Santa, they would like a picture of you with their son”. Santa was behind the plexiglass and said “I want to sit down there for this one”. He came down, reached his hand out for the picture. As I handed it to him I said “This is Theodore. He is our son.” Santa cradled his picture so gently and asked “Does this look good?” – all I did was nod my head. Once the picture was taken Santa looked at me and said “Santa would like to give you a hug if that’s ok” and I said “yes, it’s ok” as I put my arms around Santa.

Albert and I only glanced at the picture while were were in the barn so when we got to the car we took a long look at the picture. We both stared at it with so much awe and love. It turned out way better than we could have imagined. I thank Santa and the woman at Sonny Acres Farm with all my heart for being so gentle with us.

That same day I went out to buy a frame for Tek’s Santa picture. While I was at Michael’s I couldn’t decide between two so I asked a sales associate. She picked an all white one which had a sticker on the glass. I flipped over the one she did not pick to switch the glass out and when I did I saw the date at the bottom – 01/2020. I could not believe it, I knew right away that this was a sign from Tek telling me which one he wanted for his special picture with Santa!