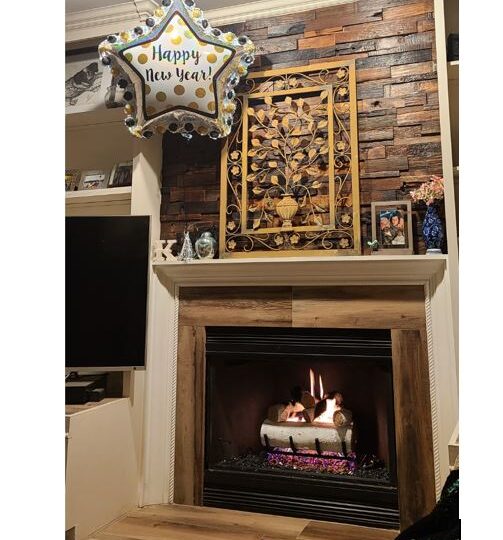 This is a continuance post: To bring our precious babies into the New Year with us the Lucky Anchor Project did a 10-day photo challenge on the social media platform, Instagram. My next few blog posts will have the photos and stories I shared in the challenge.

#lapnewyearchallenge2021 #4 Signs from your child

I am excited about this one since I am a huge believer in signs from heaven. Honestly, it was a challenge to chose just one since I have had many from our son.

Pictured is a parking permit for Arlington Race Track. There is a lot to cover with this sign so bare with me.

My parents came over for my birthday in early March. I told them that I didn’t want a cake or singing and the night would be just like any other. While they were over we discussed things that we used to do that would be difficult now but we should still do them. One of those things discussed was the Arlington Million (horse race) which was a family tradition for many years. I think Albert and I have only missed 1.

Fast forward to March 2020. I was driving my very dear friend around because in the early stages of grief long drives helped. As we were driving there was something rattling around in the passenger car door compartment. It was driving me crazy but I didn’t ask her to look to see what it was. The next day Albert and I went to the gym. We drove my car so I was in the passenger seat. I put my hand in the compartment and pulled out a slim fast bottle. Wrapped around it was the Arlington Park parking permit!!!

I love this sign from Theodore. I love how it was the parking permit from the day his grandparents were told about him. I love how we discussed a few days before how we should continue to go even though it will be difficult.

This was the ultimate sign of him telling me “mommy, please do the things you love.”

This one was also a challenge for me because I took a bump photo every week starting at 13 weeks (2nd photo).

Albert and I were going on vacation to Florida just as I was entering my second trimester. The Friday before we left I got the genetic blood test done so we could find out if we were having a boy or a girl while on vacation.

The results came in on a day we were at the beach. I had horrible cell service which meant no data. As we were stuck in traffic I was finally able to check my email. I told Albert the results are in and asked whether he wants to know now or wait until we were back at the condo. He said wait UGH!

After what felt like hours, really only 45 minutes, we made it back. As we sat on the patio I opened the email. I can remember how shaky I was, the excitement was intense! As I was looking for where it said boy or girl Albert kept saying and and and. When I found it I let our a little giggle and said “it’s a Tek!”.

That night we went to downtown Disney to hunt for how we wanted to tell family we were having a boy. Honestly, the caricature was not how we told family, that is another fun story.

When I was sitting for the caricature I felt silly. I was wearing a dress and by looking at me I didn’t even look pregnant. The small 13 week bump I had was probably more constipation than baby at that point. Pregnancy isn’t always glamorous.

The artist was asking me questions like where we were from -football for Chicago. What colors were we thinking for his room- blue shirt.  Did we have a name- the teddy bear was an Easter egg. Even though he was not going to be called Teddy I thought that was a creative touch.

I love how the caricature turned out. It’s perfect!